Gemista in greek means ‘stuffed’, and the most common vegetables to stuff are tomatoes and green peppers. We can however argue that Gemista was a popular dish, with the same name, before tomatoes and peppers were introduced to Europe after the discovery of America. They probably stuffed eggplants, that were introduced by the Arabs in the middle ages, and vine leaves. Rice was available in Greece ever since the soldiers of Alexander brought it home from Asia, so it could be used in the stuffing.

We can deduce that Gemista have existed at least since the 15th century, because poor Gemistos, a byzantine scholar and teacher had to change his name to the more archaic “Pletho’. How can you keep your academic dignity, if you are named after stuffed vegetables?

Cut off the very top and bottom of each onion.Discard the outer dry shell and make a cut down one side of each of the onions, cutting into the centre from top to bottom. Fill a deep saucepan with water enough to cover the 3 large onions, bring to a boil and let simmer for about 20 minutes until softened. Remove and let drain.

Let cool and carefully separate the onion layers. Reserve the middle parts of the onions,  that can’t be stuffed, for the filling.

If you use jarred vine leaves, rinse them under tap water and let them drain.

If you use fresh vine leaves, remove any stems and wash them thoroughly. Blanch them in hot boiling salted water for about 2-3 minutes. Remove with a slotted spoon and let them drain. Once cool enough to handle separate them carefully. Let aside.

Cut off the tops of the tomatoes, leaving 1 corner still attached to create a lid. Carefully scoop out the flesh with the aid of a sharp knife and a spoon. Reserve the tomato flesh for the filling. Rub the cavity and top of each tomato with some sugar with your fingertips.

Cut off the top of the peppers and remove seeds and membranes. Once deseeded keep the inside of 3-4 peppers. We will use the soft parts in the filling. 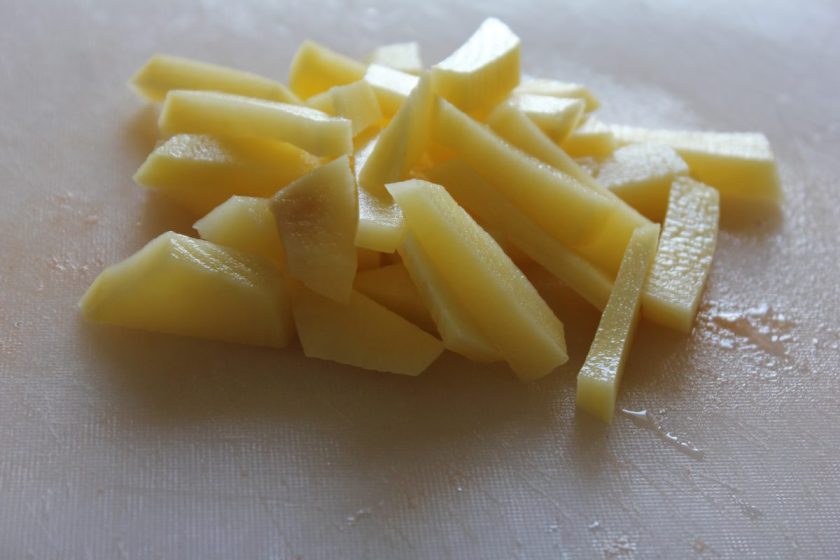 Peel and cut the potatoes in thin wedges. Sprinkle with some salt and pepper and put aside.

Blend the tomato flesh and two more peeled tomatoes with 1,5 teaspoon of sugar, the soft parts of the pepper insides and the middle parts of the boiled onions in a food processor until smooth. In a large bowl combine the blended tomato mixture, the rice, the minced onions, the mint, the parsley, the olive oil and the salt and pepper.

Using a spoon fill the tomatoes and peppers up to 2/3 , replace their tops and arrange them in a large and deep baking tin.

To fill the onions, take one onion layer and put a heaped teaspoon of the filling in one of the edges and roll tightly. Repeat with the rest of the onion layers.

To fill the vine leaves

Place one vine leaf on a flat surface and add 1 tsp of the filling near the stem.

Fold the lower sides of the leaf towards the centre.

Fold left and right sections of the leaf towards the centre and roll up tightly. Repeat with the rest of the vine leaves. 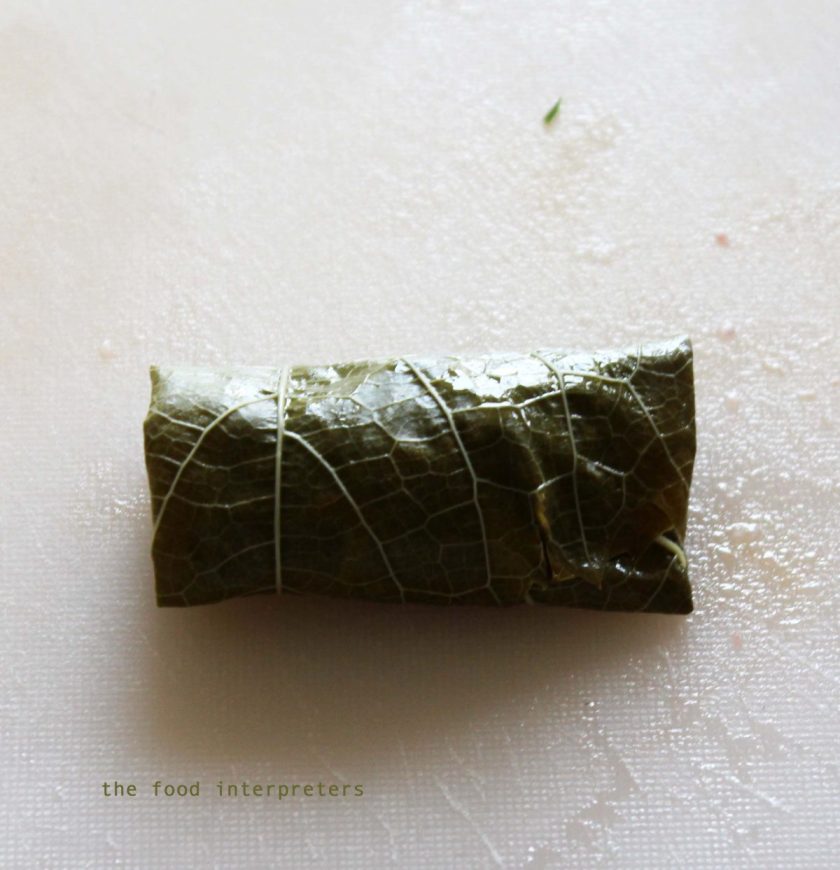 Arrange the stuffed onions, the stuffed vine leaves and the potato wedges amongst the tomatoes and peppers, tightly in the baking tin.

Season generously with salt and pepper. Combine the pureed tomatoes with 1 teaspoon sugar and 1 cup of olive oil and toss over and around the vegetables.

Bake for around 1 hour and 45 minutes to 2 hours, until the potatoes and the rice filling are fully cooked, and the vegetables are golden brown on top.

Leave a Reply to the other food interpreter Cancel reply